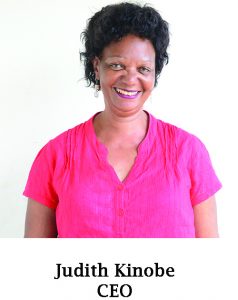 When one of my teachers at secondary school insisted that I go for a social work and social administration course that had started a few years back at Makerere University the Main University in Uganda at the time, I did not understand why. It would take me many years and being called “sunshine” by the elderly people I worked with at a retired film actors home in Fulham where I first worked as a locum when I got to England, to understand what my teacher had seen in me. The elderly people used to tell me their lives stories which I listened to and made them feel relevant and loved.
However, I chose to major in working with children as the constant deaths among the elderly saddened so much especially the way they were dismissed by workers. I felt that they were being dehumanized for example following the death of one, workers would say casually, “Rossie is no more” and go about their work as usual.
Choosing to work with children, I knew that I would bring hope to lives just beginning and I went on to work in different local authorities in the U.K as a child protection social worker and Practice Manager, championing children’s rights, advising parents on best child care practice, alternative care, Court work and mentoring social workers giving evidence in court.
In bid to give back to a community that nurtured me as a child, in December 2006, I started SAFE (Strategic Action For Eradication of child abuse) supported by a few family and friends. We started with Awareness Forum Project and in 2011 after the completion of building at Nsimbe, we opened the Transit home and took in our first residents.
Currently SAFE is affiliated with the Alternative Care Group, The Street working group, KCCA OVC Actors and we work under the umbrella of CRANE (Children At Risk Network) where I also currently serve as a Board Member. Our Projects include 1) Awareness Forums, 2) Child Rescues 3) Transit Home and 4) Education (acdemic and vocational).
I hold a bachelors degree in Social work and Social Administration of Makerere University Kampala Uganda, A master’s Degree in Industrial relations and Personnel Management of The London School of Economics and a post qualifying Award in Child protection and mentoring of the University of Leicester, U.K.
[team_pickplugins id=”3526″]